Seaboard Marine is committed to providing the highest level of customer service, without exception. In our ongoing effort to uphold that commitment, we would like to provide you with information concerning environmental regulations that will impact the ocean transportation and logistics industry.

This notification contains information regarding the Low Sulfur Fuel Requirement mandated for all ocean carriers by the International Maritime Organization (IMO). In their effort to globally reduce the incidence of sulfur emissions in the Emission Control Areas (ECAs) designation through the IMO by the United States Environmental Protection Agency (EPA), a new low sulfur fuel mandate will go into effect January 1, 2015.

As a result of the mandate, Seaboard Marine is preparing operations in order to comply with the use of fuel with a sulfur content not exceeding 0.1% m/m (1,000 ppm) within the ECA. The impact associated with this mandate is still developing, though the cost of fuel is expected to dramatically increase.

Seaboard Marine will implement a Low Sulfur Fuel charge that will apply to all open tariffs and contracts in an effort to offset the increasing cost of the mandated fuel. We will continue to inform you as the implementation date approaches.

For further information and news regarding the ECA standards, the proposal to the IMO and related documents on EPA’s Office of Transportation and Air Quality, please visit the web site at: http://www.epa.gov/otaq/oceanvessels.htm

As always, we thank you for your continued support. 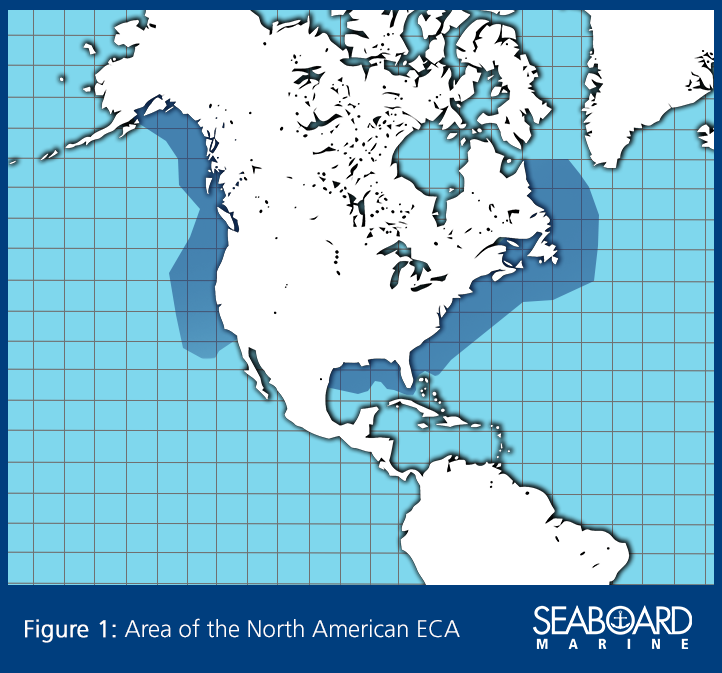